Gas infrastructure company N.V. Nederlandse Gasunie achieved solid results in 2012. Net profit over 2012 amounted to € 359 million, with an invested capital of € 8,675 million. Gasunie’s sole shareholder, the Dutch State, will receive a dividend payment of € 215 million. Operational activities in the fields of safety and security of supply also achieved good results. Total costs fell by 2% in the past financial year, partly due to a multi-year efficiency programme.

Revenue
The realised revenue of € 1,506 million in 2012 was € 220 million lower than in 2011. This decrease was mainly due to an adjustment of past figures as a result of the Method Decisions which the Netherlands Competition Authority NMa (now ACM) laid down for Gasunie subsidiary GTS (Gasunie Transport Services) at the end of 2011. The remaining adjustments will be made in 2013. Normalised operating result in 2012 is approximately € 58 million higher than in 2011. This is partly due to the fact that the terminal for liquefied natural gas, Gate terminal, contributed to the results for the full year in 2012.

Investment
Investment expenses in 2012 came out at € 510 million. The projects Stikstofbuffer Heiligerlee and Open Season 2012 were completed successfully in 2012. A start was also made to a multi-year programme for replacing ageing parts in the infrastructure. In Germany, 25% of the capacity of the Nordeuropäische Erdgasleitung (NEL) was put into use, which completes the east-west connection from Russia through Germany via the Netherlands to the United Kingdom. In Germany, a start was made to expanding the infrastructure to facilitate market demand for extra capacity towards Denmark and Sweden.

The new bond loans that were issued in 2012 are proof of Gasunie’s strong financial position. The two loans of € 500 million each were over-subscribed six times and the refinancing was carried out under favourable interest conditions.

Forecast
On the basis of current insights, Gasunie expects revenue and results after taxes from regular operational activities for 2013 to be at a similar level as 2012. A strong management focus on efficiency will continue to be required to compensate for diminishing revenue due to regulatory effects. 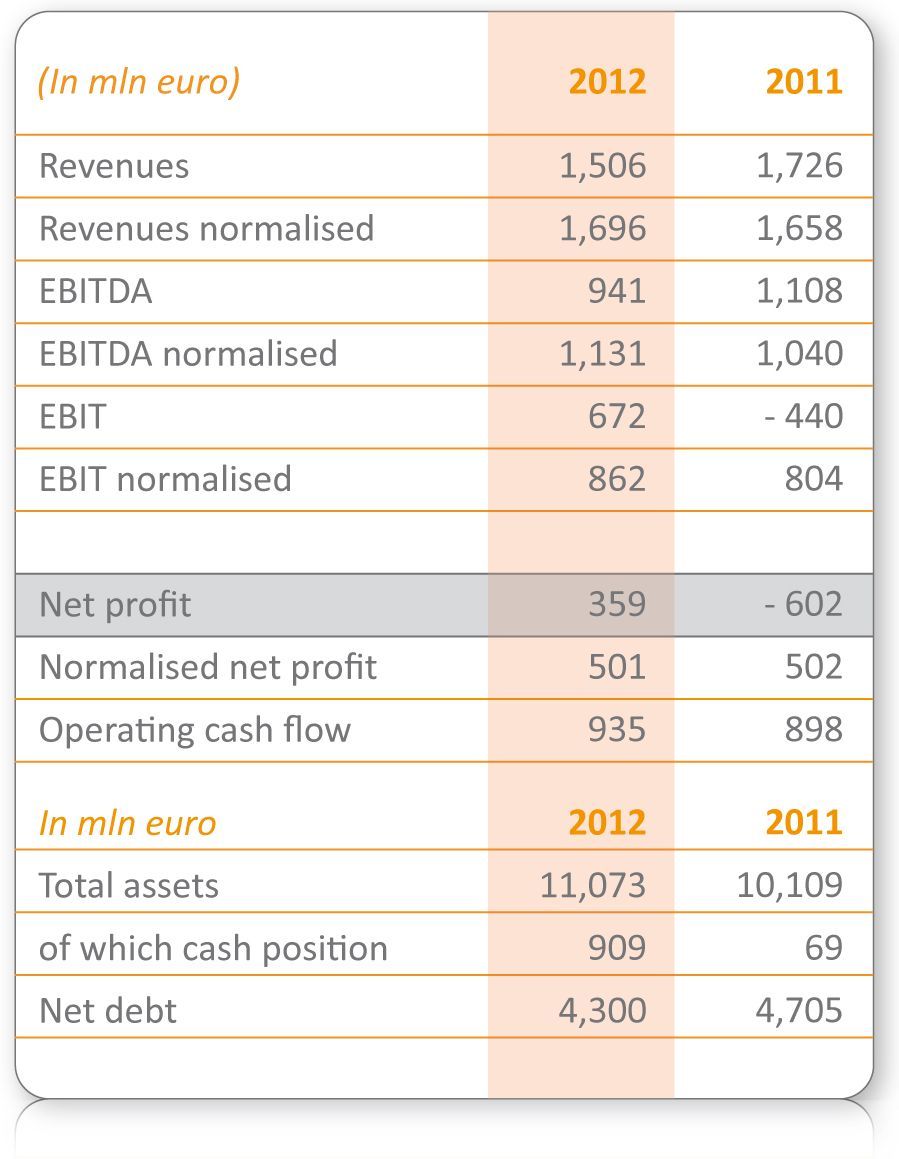 TTF: growth
Trade on the Dutch gas trading exchange TTF (Title Transfer Facility) grew by almost 20% in 2012. This spectacular growth further strengthened the leading position of TTF on the European continent. The gas prices on TTF now serve as a benchmark for the rest of Europe. This underlines the fact that the Dutch gas roundabout is playing an increasingly important role in the European gas market. A well-functioning TTF is in the interest of gas users in the region. Because producers and traders can meet on the TTF, prices develop in conformity with the market, with high levels of liquidity. This has a positive effect on the price end-users pa for their gas.

Paul van Gelder, CEO and Chairman of the Executive Board at Gasunie commented: “We are proud of what we have achieved. Our results provide a great foundation for the successful implementation of our long-term strategy, and enable us to keep serving our customers, and thus also the public interest, in the best possible way. Natural gas will play an important part in the transition to a sustainable energy mix. From an environmental and cost perspective, the combination of gas and renewable energy sources will be the only truly viable solution in the long term.”